LED (Light Emitting Diode)
LED has direction. Be careful!
you can check the direction by looking at:
– the length of the legs. The longer one is + (Anode)
– the size of the Leadframe in the plastic casing. The smaller leadframe is + (Anode)

How to use a breadboard
http://elab-kh-berlin.de/how-to-use-a-breadboard/ 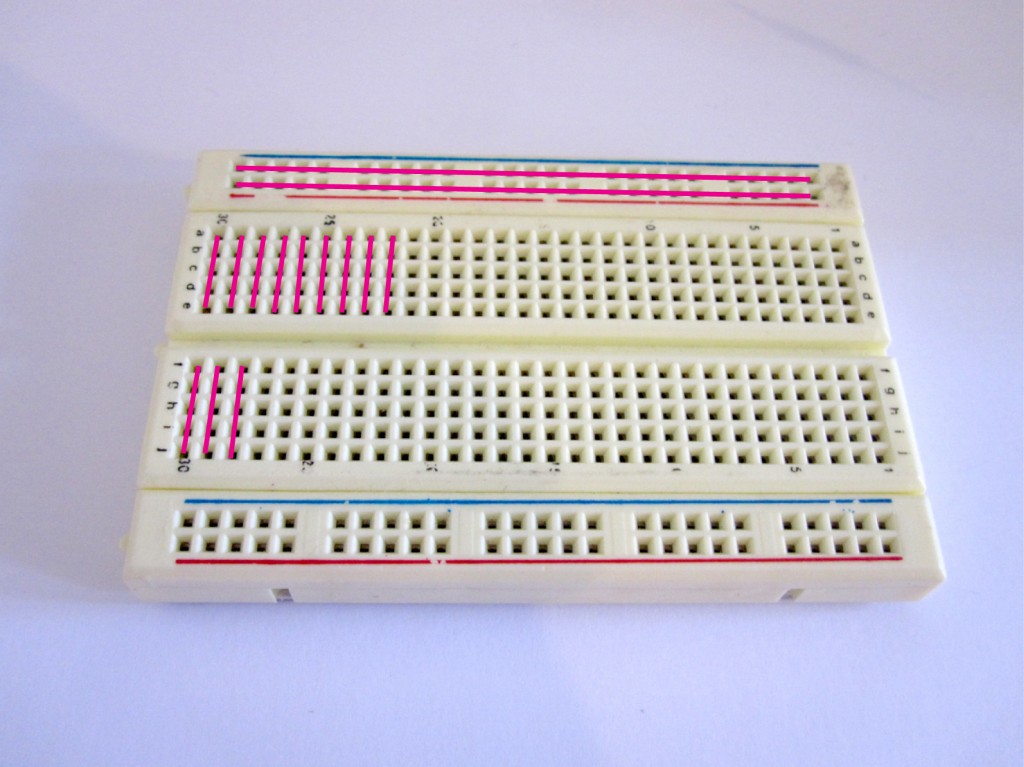 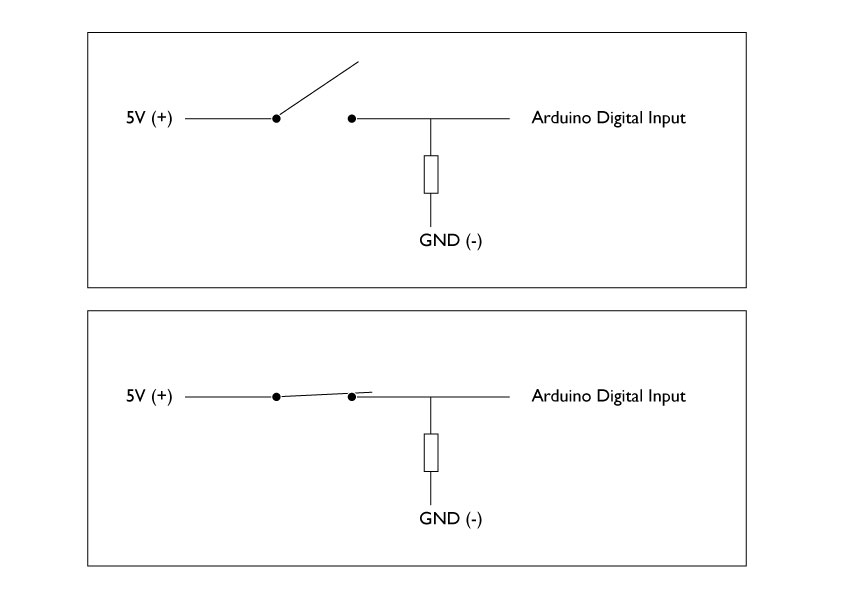 introduced functions:
digitalRead()
if
else

Let’s open an example code State Change Detection from File/Examples/Digital/StateChangeDetection
With this Sketch, the button behavior is mapped differently to the behavior of the LED than the first example.

Analog Read
Potentiometer
“A potentiometer, informally a pot, is a three-terminal resistor with a sliding contact that forms an adjustable voltage divider. If only two terminals are used, one end and the wiper, it acts as a variable resistor or rheostat.”
from wikipedia

We work on this example: Analog Read Serial

What does it do?
Reads an analog input pin, maps the result to a range from 0 to 255 and uses the result to set the pulsewidth modulation (PWM) of an output pin. 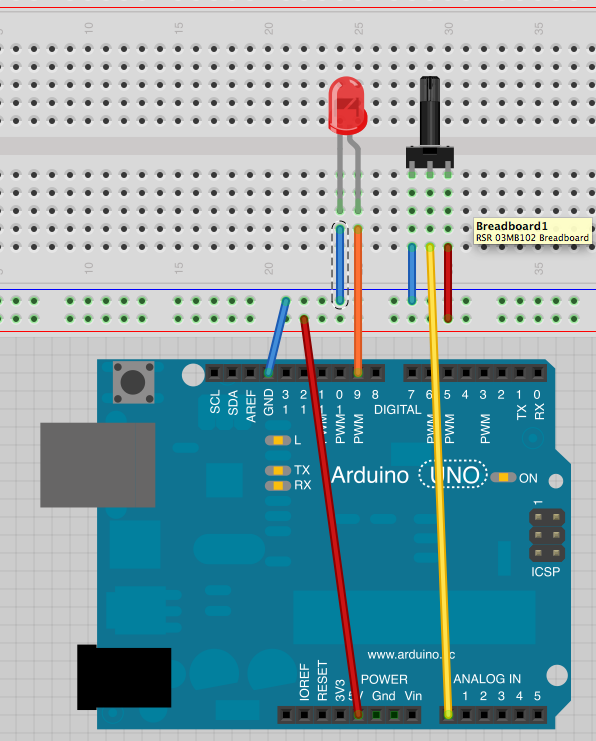 Photocell
“A photoresistor or light-dependent resistor (LDR) or photocell is a light-controlled variable resistor. The resistance of a photoresistor decreases with increasing incident light intensity; in other words, it exhibits photoconductivity.”
from wikipedia

Measure the photocell’s resistance change with Multimeter.
What do you measure? 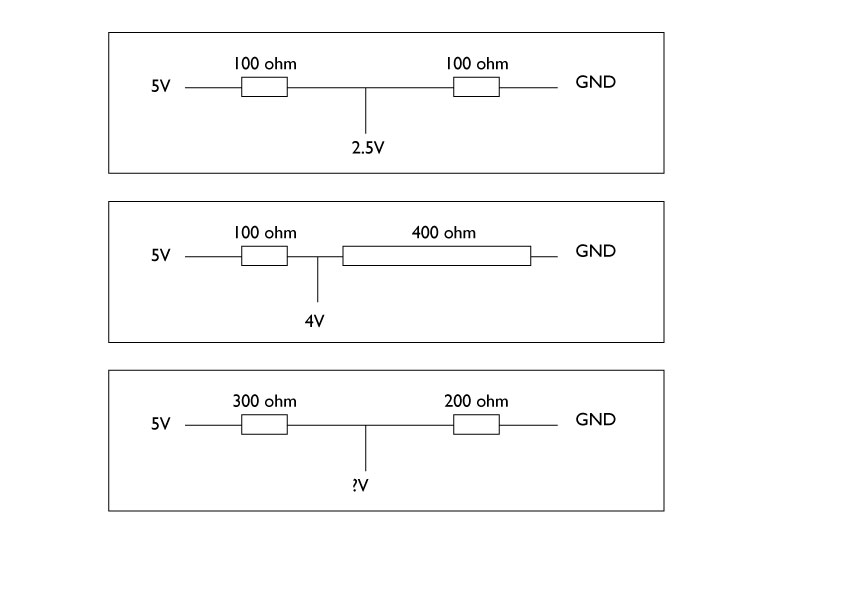 How to connect resistive analog sensors 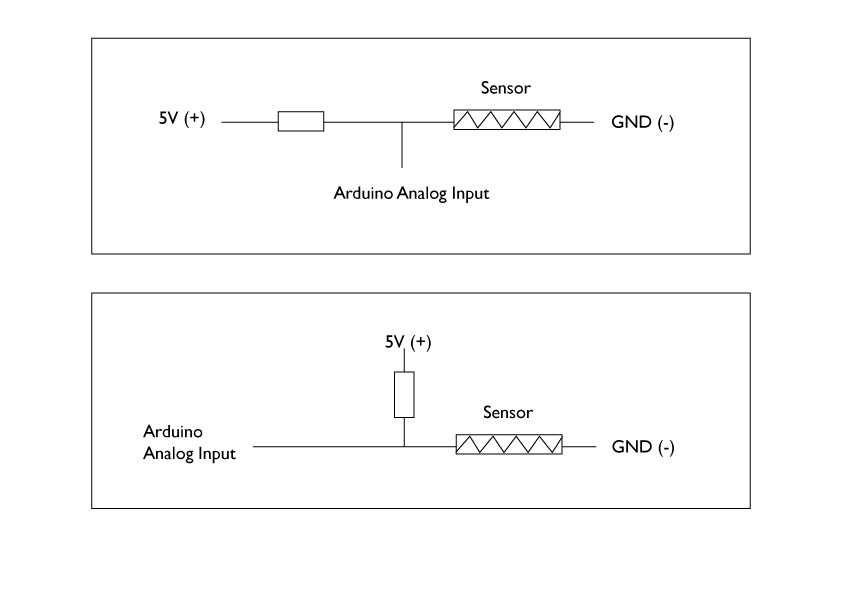 or if this was connected on the breadboard, it will be something like this 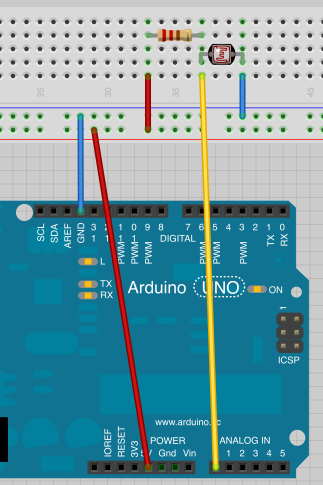 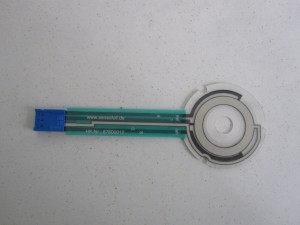 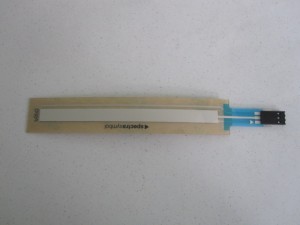 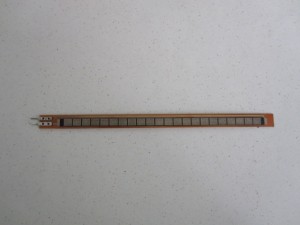 Proximity Sensor (this works a bit differently, check the tutorial) 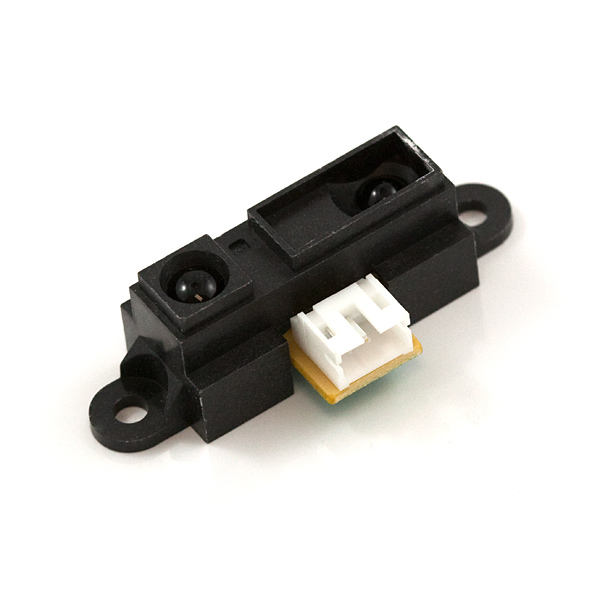 Tilt Switch (This is a digital sensor, like push button) 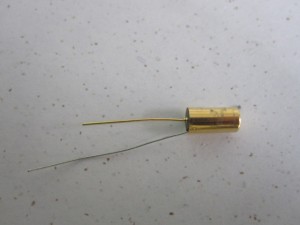 “A servomotor is a rotary actuator that allows for precise control of angular position, velocity and acceleration. It consists of a suitable motor coupled to a sensor for position feedback. It also requires a relatively sophisticated controller, often a dedicated module designed specifically for use with servomotors.”
(from wikipedia>

“As the name suggests, a servomotor is a servomechanism. More specifically, it is a closed-loop servomechanism that uses position feedback to control its motion and final position. The input to its control is some signal, either analogue or digital, representing the position commanded for the output shaft.”
(also from wikipedia)

RC (hobby) Servo motors often comes with 3 colored cables; Black (GND) RED (5V) and Yellow/orange (data). This types of servomotors includes the servomechanism controller inside, which you can send the angle controlling signal from the data line.

Arduino has implemented a library to control the servomotor, called servo library. You can read more about it here

Here is how you connect: 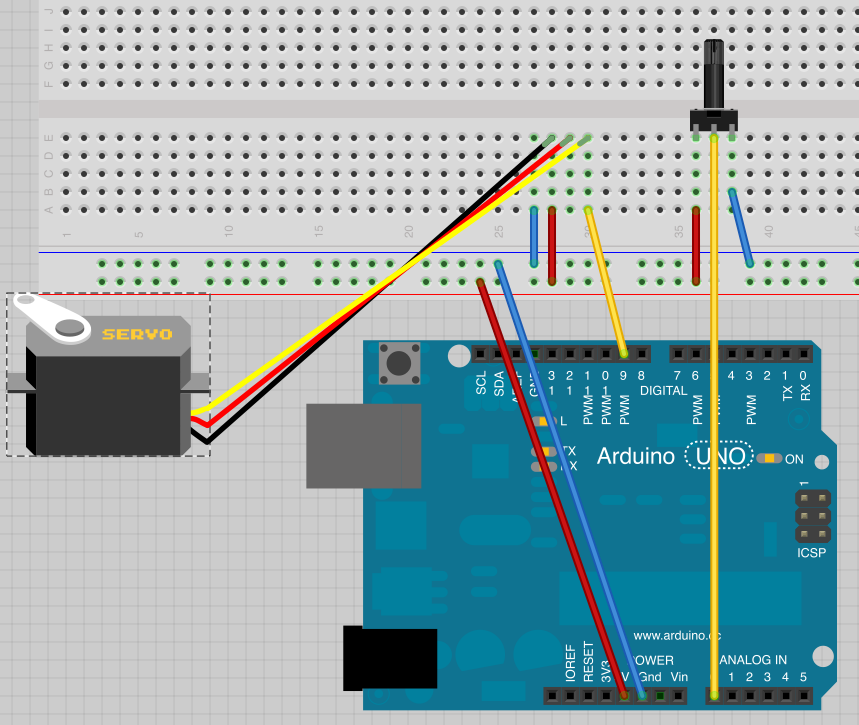 Now, we can connect small speaker and use TONE library to make music!
Well, it does not make a great sound, but it is a good start.

Here is how you to connect: 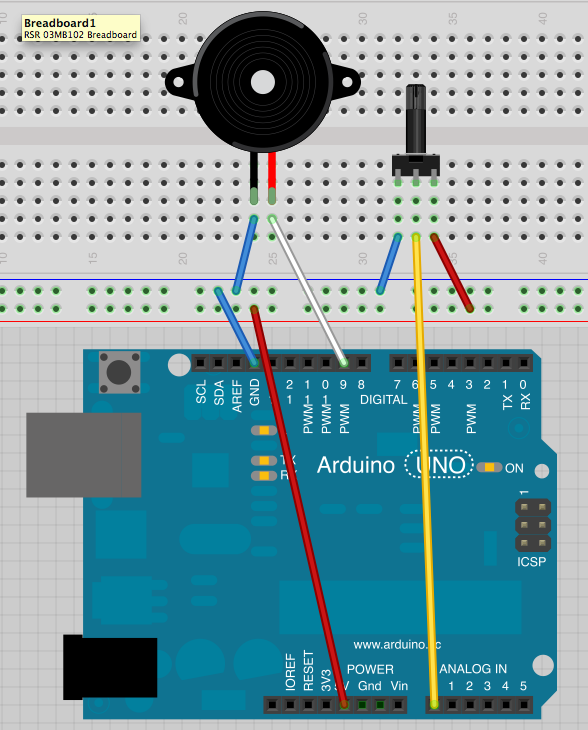